Edit: Interesting how much has changed in just 3 short months
Bitcoin is trading today 08/06/2018 at $7,632 ($3,941.67 11/25/2018) compared to August 16th, 2010, when it was trading at $0.07 per coin. Bitcoin actually went up to $15,825 per coin on December 2017. The meteoric rise in Bitcoin value and other cryptocurrencies has led to the misunderstanding that Bitcoin and Blockchain are one and the same thing. That would be similar to assuming that TCP/IP and email are the same thing.
While it is true that most people would probably never hear of blockchain without the current bitcoin buzz. The 2 are very different things.
Analogous to the early days of TCP/IP and the internet, it requires a compelling application like email or online commerce/payment in order to facilitate widespread adoption. Bitcoin happens to be the first viable application with compelling business disruption potential, investment incentives, financial rewards for investors, and global interests, to run on the Blockchain protocol.
While the term “Blockchain” is relatively new, some of the underlying technologies have been in existence for decades. 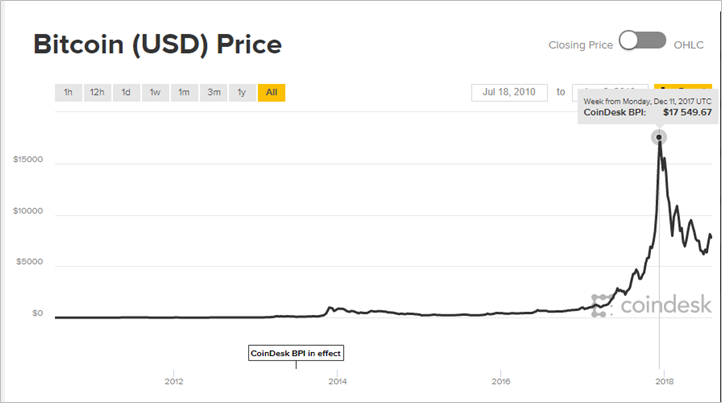 Part 2: What is Blockchain